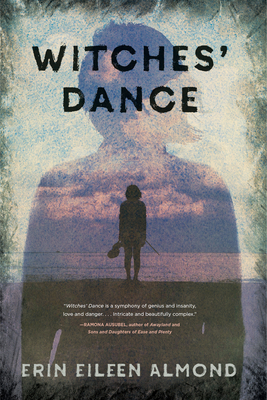 By Erin Eileen Almond
$18.00
Email or call for price

Hilda Greer's love affair with the violin began at the age of seven, when she attended a performance by the virtuoso Phillip Manns. She believed him with a child's faith when he declared himself the reincarnation of Niccol Paganini and then dashed from the stage, his mind in ruins.

Nearly a decade after his breakdown, Phillip Manns is a recluse, insulated against the temptations of music--until a former colleague begs him to teach at a nearby conservatory. It's there that he meets Hilda, who's come to audition and plays the piece that started it all: Paganini's Le Streghe, or Witches' Dance.

Entranced by the character of Hilda's playing and unable to resist the siren call of music, Phillip takes Hilda under his wing. The two start a witches' dance of their own, a whirlwind that sweeps them toward the International Paganini Competition. When their curtain falls, one will bask in the music world's acclaim--and the other's world will be shattered completely.

Welcome to the online store of Adventure Bound Books!  The titles you find here are not necessarily what we have in stock in our store but they are titles we can order for you.  Likewise, we may have titles in-store that are specific to our location (books by local authors) and non-book merchandise that are not found on this website.  Don't hesitate to call the store to check on the availability of items!  If you place an order for titles we do not currently have in stock, it may take 5-7 business days to get them in stock.  If you select in-store pick up during check out, please be sure to wait on an email from the bookstore indicating that your items are ready for pick up before stopping by the bookstore.  Thank you for supporting your local independent bookstore!